Music of the mind and soul to inspire and nurture. 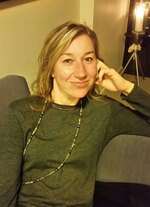 Natalya Vagner, originally from Kazakhstan, moved to Melbourne in 1998. She trained as a pianist, teacher, and educator and completed her Masters in Composition at The University of Melbourne under Stuart Greenbaum and Julian Yu.

Am Member of the Melbourne Composers League, Natalya dedicates her time to writing music for small chamber ensembles, string orchestra, mandolin orchestra, as well as art songs and choral works.

Her works have been performed in Melbourne, Canberra, Manila (at the International Asian Composers League 33rd conference in 2015), Hanoi (at the International Asian Composers League 34th in 2016), in France (at the Music festival in the French Pyrenees in 2017) and in Russia at the International Music Festival in Kazan, in 2017 and Moscow and St. Petersburg in 2018, New Zealand by Auckland Chamber Orchestra in 2019 and at 'Mona' gallery Tasmania by one of the best Australian pianists Michael Kieran Harvey. Her orchestral composition 'The Eagle Flight' was performed numerous times in 2019 by the Dandenong Ranges Orchestra and the National Orchestra of Tatarstan in Kazan, also got the Honorable Mention at the Victorian Community Orchestras competition.

In 2020, Natalya was invited to a 'Winter Music School' in Moscow Music Conservatory to further develop her composition 'The Secret Life of Corals' with Prof. Alexander Tchaikovsky.

She likes to explore and experiment with different textures in sound and is interested in the power between music and nature; music and mind; music and spirituality.

'Her compositions indicates the presence of influences ranging from Prokofiev and Debussy, Satie and Reich through Minimalist techniques to the sensibilities and chordings of the Jazz world.' Natalya's works capture a variety of 'moods' in a range of styles and have a clear and constant singularity of the individual style of her music.

2020 'Music for cheeky children' series of 5 educational books for piano and children of primary age.

2020 December, 'Wallum' for String Orchestra performed by 'Margamarga' orchestra in Chile at the International Music Festival and was broadcast in several cities.

2019 'The Human Progress' triptych for piano, was commissioned by Melbourne Composers League for Michael Kieran Harvey, premiered and played by M.K. Harvey at 'Mona' gallery Tasmania on 24th of November.

2019 'The Eagle Flight' for chamber orchestra was commissioned and premiered in Kazan, Tatarstan by the National Orchestra of Tatarstan at the International Music Festival, on September 24th

2017 'Terra Solis Australis', for two violins and a piano, commissioned and premiered at the French Pyrenees Festival, 29th of July.

2016 'The Ride to a crescent moon' for piano, oboe, violin, flute, and dan bau. Was commissioned and premiered at the 34th International Asian Composers Conference in Vietnam, Hanoi.

*'Shy' -Art song, commissioned by Sian Prior, for piano and Soprano, based on her book.

2013 September 'Two ways road' for keyboard and mixed media, computer, commissioned by Rachel Rovay (the Artist) for her exhibition.

2010 'The Story of my dad' for Piano, Trombone, and Double Bass. Performed at Melbourne University.

2005 Collection of art Songs for Piano and Soprano. Performed at the J.Wright Festival Canberra.

2002 'The Australian Symphony of Light', 'Swept Away', 'Ascending', 'Eucalyptus Rivers', short works for piano and synthesizer, written in collaboration with N. Arnold.