Wesley-Smith's eclectic tastes and interests are reflected in his varied output. Many of his songs and audio-visual pieces, for example, are about the issues that concerned him most as a citizen e.g. propaganda, human rights, and the situation in West Papua. 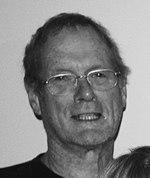 Born in Adelaide in 1945, Martin Wesley-Smith taught composition and electronic music at the Sydney Conservatorium of Music, where he founded and directed its Electronic Music Studio. He was a pioneer in Australia of audiovisual composition.

Wesley-Smith had eclectic tastes and interests, his output ranging from children's songs to environmental events. His work explored two main themes: (i) the life, work and ideas of Lewis Carroll (e.g. Snark-Hunting, Boojum!); and (ii) the plight of the people of East Timor, e.g. Kdadalak (For the Children of Timor) and A Luta Continua.

He explored other issues, too: Who Killed Cock Robin? (1979) has a choir wondering if the real culprit was not the sparrow with his bow and arrow but pesticides instead; Weapons of Mass Distortion (2003) deplores official propaganda, doublespeak, lies etc, especially those that led to the 2003 invasion of Iraq; and Papua Merdeka (2005) brought attention, through sound and image, to the suffering of the people of West Papua.

Non-issue-based pieces include For Marimba & Tape (1982), which is regularly performed, in its various versions, all over the world.

Wesley-Smith presented many concerts of his audiovisual pieces with Ros Dunlop (clarinets) and Julia Ryder (cello), both in Australia and overseas.

He founded the electronic music and audio-visual performing collective watt (1976-1998), which presented a regular series of concerts in Sydney. He was Musical Director of TREE, a group whose final environmental event at Wattamolla Beach in Sydney's Royal National Park in 1983 attracted more than ten thousand people.

Many of Wesley-Smith's songs and choral works use words by his twin brother Peter Wesley-Smith. In 1997 their 'documentary music drama' Quito, about schizophrenia and East Timor, was awarded the Paul Lowin Composition Award (Song Cycle). The Song Company has performed this work in Amsterdam, den Bosch, Copenhagen, Gent, Groningen, Hong Kong, Kuala Lumpur and Cascais (Portugal) as well as in Sydney and Kangaroo Valley. In 1987 he received the Australia Council's Don Banks Composer Fellowship. In 1998 he was awarded an AM (Order of Australia) for services to 'music, as a composer, scriptwriter, children's songwriter, lecturer, presenter of multi-media concerts and a member of various Australia Council boards and committees'.

Wesley-Smith sang in and directed a seven-member a cappella group called the Thirsty Night Singers, based in Kangaroo Valley. In 2010 his music theatre piece Boojum! was produced by Chicago Opera Vanguard.

Martin Wesley-Smith died on 26 September 2019, peacefully at his home in Kangaroo Valley, NSW.

- Review: The Song Company: Music and the Environment 23 April 1993