I cannot imagine life without music, in all its various, beautiful forms. I see music as one of the markers for a healthy society, as well as being fascinated with its diversity. I wish to add to that. For me, to create music is part of being human. 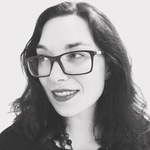 May Lyon is a composer and music educator based in Melbourne. Lyon's music explores a range of themes, from deep human emotions, representations of nature to mathematical concepts, as well as the lighter side of life. Stylistically eclectic, Lyon's compositions move from dramatic and intense, to quirky. Narrative, precision, duality and rhythm are all strong recurring elements.

In March 2021 the Melbourne Symphony Orchestra performed a newly commissioned work Opal: Double concerto for horns and orchestra, written for Nicolas Fleury and Rachel Shaw, conducted by Ben Northey. In 2023 Lyon's first opera, Pieces of Margery, will be performed in conjunction with Melbourne based opera company More Than Opera under the baton of Alan Cook. In 2019 Cook premiered Orchestral Equations (2014) with the The National Capital Orchestra.

Lyon is currently studying a Doctor of Musical Arts at the University of Sydney as part of the 2020-21 Composing Women Program, under the supervision of Liza Lim and Matthew Hindson. Collaborations as part of this course are with the Sydney Dance Company, Tasmanian Symphony Orchestra, Sydney Symphony Orchestra Fellows, and Sydney Philharmonia Choirs. In 2019 Lyon completed a Master of Music (Composition) as a recipient of the Fay Marles Scholarship at the University of Melbourne under the guidance of Dr Katy Abbott Kvasnica and Dr Elliott Gyger. Lyon started formal music study in 2008, at the age of 28, majoring in Composition from 2009.

In 2019 Lyon was a finalist for the Beluera Emerging Composer Award as part of the prestigious Melbourne Prize for Music. In 2017 Lyon was a participant in the Cybec 21st Century Australian Composers Program, writing Ignition under the mentorship of Brenton Broadstock OA. Following this, Lyon was commissioned by the MSO to compose the main piece for the 2019 Snare Drum Award, Phosphorus. In 2016-17 Lyon received several commissions, including composing for Syzygy Ensemble as part of the Melbourne Recital Centre's "Local Heroes" program, Ensemble Goldentree, and The Glen Johnston Composition Award. Lyon received several scholarships during her undergraduate studies, including the Adolf Spivakovsky Scholarship for Composition of Music for verse re-rhymes, which was premiered by Ensemble 21 in August 2010. Lyon completed her BMus Honours in 2014 having studied with Dr Stuart Greenbaum, Dr Elliott Gyger.

Past performances and collaborations have included the Melbourne Symphony Orchestra, Ensemble Goldentree, Zelman Symphony Orchestra, Rubiks Collective, Syzygy Ensemble, E21, Melbourne Women's Choir, flautist Robin Meiksins (Chicago) multi-arts organisation Forest Collective and vocal group Icon Trio. In January 2018 Lyon was a participant in the Prime Composition workshop with composer Adrian Sutton, resulting in a short work, I love maths. I also like outerspace, that was performed during intervals at Melbourne performances of The Curious Incident of the Dog in the Night-Time. Lyon's music was featured on ABC Classic's New Waves in 2017, several times on 3MBS, including Live at the Wireless, and continues to be included on various Making Waves podcasts, including an hour length interview for Making Conversations in 2017.