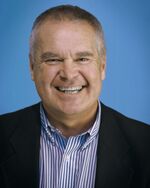 Christopher Willcock was born in Sydney in 1947 and completed his studies in pianoforte under Alexander Sverjensky at the Sydney Conservatorium of Music, and in composition under Peter Sculthorpe at the University of Sydney. He was ordained a Jesuit priest in 1977 and then did doctoral studies in sacramental and liturgical theology at the Institut Catholique in Paris conjointly at Paris-IV (Sorbonne). Presently a member of the United Faculty of Theology in Melbourne, he teaches courses in these areas with colleagues from the Jewish faith and from other Christian traditions.

Whilst most of his compositional activity has been in the area of liturgical music, an increasing body of Christopher Willcock's work has been commissioned for the concert hall, including Five Days Old, for the Tasmanian Symphony Orchestra and Chorus and performed as part of their fiftieth anniversary celebrations in December 1998. In 1999 Musica Viva Australia commissioned him to write a piece for the Tallis Scholars, entitled Gospel Bestiary, which was performed throughout their Australian tour in 2000 and subsequently in Great Britain. In October 2001 the premiere was given of his major song cycle, Akhmatova Requiem, winner of the Maggs Award, with Merlyn Quaife the soprano soloist. She is also the soloist on an ABC Classics recording of his Two Soliloquies with the State Orchestra of Victoria conducted by Richard Mills.

In addition, Christopher Willcock has prepared a large number of arrangements of various folk songs, carols, hymns, and other traditional music for groups such as The Melbourne Chorale.

Among his published liturgical music are two volumes of psalm settings: Psalms for Feasts and Seasons (2nd revised and augmented ed. 1990), and Psalms for the Journey (1991); and a collection of music for the funeral rites, In the Peace of Christ (1993). Since 1994 his liturgical music publisher has been Oregon Catholic Press (OCP). Four collections, in both recorded and printed formats, have so far appeared under this imprint: God Here Among Us (1995), In Remembrance of You (1996), Your Kingdom Come (1997), and Sing We Now of Christmas (1998). In 2000 OCP issued a recording of his earlier collection, Psalms for the Journey.

In 1993 Christopher Willcock was the inaugural recipient of the Dr Percy Jones Memorial Award for Outstanding Contribution to Liturgical Music, and in 1998 was the winner of the Albert H. Maggs Composition Award.

Biography provided by the composer — current to December 2008