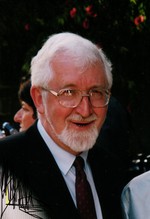 Roger Heagney has gained an international reputation as a pianist, harpsichordist, conductor and composer giving recitals in Germany, France, England, Brunei and China, as well as festivals, radio and television in Australia.

He instituted the degree course in Church Music taught, until recently, as the Bachelor of Music at Australian Catholic University where he lectured in keyboard performance, music language studies, composition, choral training and conducting.

His keyboard teaching included several years as guest at the Canberra School of Music and at the Pan Pacific Music Camps in Sydney (2004/05/06). He has been a member of selection panels and adjudicator at many competitions.

During Heagney's 30 plus years as Director of Music at St Francis' Church, Melbourne, the St Francis' Choir gained a considerable reputation from numerous recordings, two overseas tours and its activity in commissioning and performing many new works by Australian composers. Many of his compositions have been for liturgical use. Since 2007, when Merlyn Quaife gave the Australian, European and UK premieres of A Song Cycle written specially for her on texts by William Blake, he has collaborated with poet, Graeme Ellis. The result has been the song cycles Songs of Love and Death, Four Songs and Liederkreis. These have been recorded by the ABC under the title Fortune My Foe with Merlyn Quaife (Soprano) and Andrea Katz (Piano) and the CD released by Move Records.

His arrangements include Rhapsody in Blue and The Overture to Die Fledermaus for 8 pianos and realisations of the some of the Bach Flute Sonatas recorded with Vernon Hill, Virginia Taylor and Jacqueline Johnson. A CD of 20th century piano trios by Shostakovitch, Baran, Sculthorpe, Yu, and Copland is available from Move (MD3176). In 1997 he received an OAM for services to music.