Peterson's music generally reflects his interest in tonal idioms, as well as the energy and rhythmic propulsion inherent in many popular music styles. 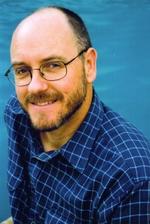 John Peterson was born in Wollongong, NSW, in 1957. He studied composition at the University of Sydney under the guidance of Ross Edwards, Eric Gross and Peter Sculthorpe. He completed his Bachelor of Music degree in 1990, Master of Music in 1994, and his PhD in Composition in 2003.

As a composer, Peterson has written chamber music for many ensembles including the Contemporary Singers, Sydney Mandolins, the Shostakovich String Quartet, Halcyon, and the Omega Ensemble, Sydney, and he has had several works for orchestra performed and/or recorded by orchestras across Australia and New Zealand. His choral music has frequently been performed by the Sydney Philharmonia Choirs.

In 1992, Peterson was a finalist in the Jean Bogan Prize for Piano Composition, and was a finalist in the Corbould Orchestral Composition Competition in 1995 and 2000. On two occasions (1997 and 2001), he was shortlisted for 'Masterprize', an international competition run jointly by BBC Music Magazine and the London Symphony Orchestra. The orchestral works selected for this competition, Rituals in Transfigured Time (1997) and Illawarra Music (2001), were recorded and subsequently broadcast on BBC Radio 3 in the United Kingdom and Europe.

John Peterson's music generally reflects his interest in tonal idioms, as well as the energy and rhythmic propulsion inherent in many popular music styles. A typical work of this type is Shadows and Light, a large-scale composition for SATB symphonic chorus, SATB semi-chorus, soprano and tenor soloists, string orchestra and percussion; this work was premiered by Sydney Philharmonia, conducted by David Porcelijn, in November 2004.

In 2013 John worked with choreographer and dancer Sue Healey to create Double Entendre, a work for dancers and instrumental ensemble that was premiered at the 'Movement to Music' Festival at the University of New South Wales.

In 2014, Peterson's book The Music of Peter Sculthorpe was published by Wildbird Music. This book is an analytical study of most of the major compositions written by Sculthorpe throughout his long and distinguished career.

John Peterson is currently Senior Lecturer in Music Theory and Composition in the School of the Arts and Media at the University of New South Wales.