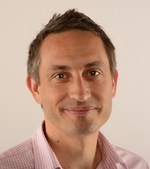 James Humberstone's output is influenced by his research background in experimental music, and his interest in composing for children and community ensembles. Born in London, Humberstone migrated to Australia in 1997 after completing a degree in composition at the University of Exeter. His honours thesis was on the music of Howard Skempton, with whom Humberstone studied briefly after graduating. Humberstone has often cited Skempton as his greatest influence.

Humberstone undertook further studies with Anne Boyd at the University of Sydney (MMus), and with John Peterson and Andrew Schultz at the University of New South Wales (PhD). Over the first decade of this century his focus changed from the exploration of minimalist and experimentalist structures (for example Chance : Chants, Requiem) to composing for children.

Composer in residence at MLC School in Sydney since 2002, and often invited to residences at other schools around Australia and the world, Humberstone has had a great number of opportunities to develop his voice while writing within the limitations imposed when composing for children. He scaffolds extensive repertoire (for example his children's opera Kiravanu or Symphony of the Child) with sound pedagogy and learning resources.

Recently Humberstone has begun to combine his aesthetic interest - pairing back music to its essences and involving the performer in the act of interpretation through open forms - with his educational experience in a number of works: The Speaking Piano (2012) combined a children's book, eBook, webapp and simple piano repertoire with concert music commissioned by the Goulburn Regional Conservatorium and premiered by Michael Kieran Harvey; while Cycles and Circles (2012) was a commission for Ensemble Offspring's Music to Infinity tour and included a downloadable education kit.