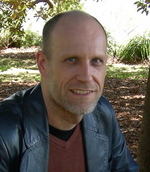 Anthony Lyons is an Australian composer and performer whose diverse output includes work for orchestra, chamber ensemble, bands, EDM, installation and multimedia projects. Much of his work is particularly focused towards hybrid-arts collaborations. As a composer, producer and performer he has toured Australia, Japan and Europe, working in studios and playing guitar/electronics in bands and ensemble concert performances.

Lyons studied composition under composers Mark Pollard, Julian Yu and Stuart Greenbaum at the Victorian College of the Arts and Melbourne Conservatorium of Music, University of Melbourne. His completed doctoral studies focused on the compositional process and an examined nexus between technology, extra-musical interaction and structural design. He has also spent time at IRCAM (Institut de Recherche et Coordination Acoustique / Musique) in Paris studying electronic music.

Lyons has had compositions performed, recorded and broadcast in Australia and internationally. His compositional approach embraces stylistic openness and pursues beauty of line, sonority and site-specific context, drawing from both popular and art music traditions. Electronic, audiovisual and sampled elements are a feature of many of his compositions and reveal an interest in pulse, loop-based structures, drone, glitch and microsound fragments and ambiences. An active researcher and performer in electronic and electroacoustic composition, his work has been featured in festivals and conferences such as the 2013 ICMC International Computer Music Conference - International Developments in ElectroAcoustics.

Performance highlights of his work have included the orchestral piece The Surge, The Sounds, The Pull by the Melbourne Symphony Orchestra, as well as a suite of electroacoustic compositions performed at the Electundra Audiovisual Festival and the Melbourne International Film Festival. Other highlights have included the electroacoustic compositions of his Bach/Lyons Project performed in Denmark, research and performance at IRCAM, France, and the piano/electronics work Trace Elements performed with Sonya Lifschitz at Melbourne's ASTRA chamber music concert series as well as with Michael Kieran Harvey at the ICMC/Totally Huge New Music Festival. Recently his work was featured at the 2015 Zèppelin Festival - Ars Electroacustica, in Barcelona Spain.

Lyons has been a contributor and reviewer for the Australian Music Centre's journal Resonate. He is a frequent collaborator and is involved in all forms of sonic exploration. A passionate educator and academic, he is Lecturer in Interactive Composition at the Melbourne Conservatorium of Music, Faculty of the VCA/MCM at the University of Melbourne.