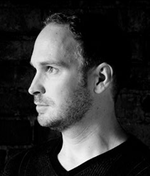 Damian Barbeler is an award-winning composer and multimedia artist whose works have been performed and broadcast around the world. He is widely recognised for his idiosyncratic and playful artistic style as well as his lush, emotional creations inspired by textures and patterns from nature. He regularly collaborates with colleagues from diverse fields including architecture, software design, media arts, dance and more. His music has twice been selected as a UNESCO International Rostrum of Composers 'Recommended Work'.

He collaborated with iconic EDM artist Paul Mac, preparing music videos for Paul's album Mesmerism. Barbeler's film clip for 'Catalepsy' was broadcast nationally on ABC's Rage. Damian and Paul premiered a live interactive set at the Day for Night Festival at Carriageworks in October 2017. The album will be released in April 2019.

Barbeler's interactive light and sound installation (with John Taylor) The Sound Bubble featured in Vivid Festival 2016 on Circular Quay and later in 2017 in the City Recital Hall (Sydney). It appeared with live performances from Anna McMichael in the Mofo Festival in 2018 in Launceston. For Vivid Festival 2017 Barbeler created The Music Orchard (with Tim Jetis, Ciaran Frame and John Taylor). This was another interactive, multimedia installation work. Bruce's Shed, commissioned by Big hArt, premiered in the 2015 Tasmanian International Arts Festival.

Damian lectures in composition, digital music and performance practice at the University of Sydney, Sydney Conservatorium, and University of New South Wales.