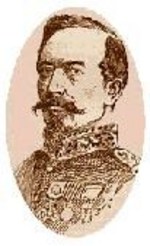 The Bourbaki Ensemble: music for flutes and strings

The first Bourbaki Ensemble concert of 2010 will feature the Tucana flute quartet. Four of Sydney's leading flautists will appear as soloists in the Concerto for Four Flutes and String Orchestra by Irish composer James Wilson, and will join the orchestral complement in a performance of Charles Ives's celebrated sketch The Unanswered Question. The concert will also include the 2008 Divertimento by Melbourne composer Christopher Willcock. Alternatively titled Nolan's Backyard, this work was inspired by three paintings of Sidney Nolan.

Featured non-Australian music: Ives, The Unanswered Question; Wilson, Concerto for four flutes and strings; Holstead, (Can't) have your cake and eat it; Harty, In Ireland

Further information for this event is available online at the event's website or by phone on 0433 074 322 or by email to ddangell@hotmail.com