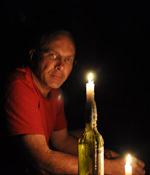 In 2011 Nigel Westlake captured Sydney hearts with his poignant and stirring Missa Solis- music that brought tears to the eyes of musicians as well as listeners. Then he came to us with the idea of a collaboration with one of Australia's most successful independent artists, singer-songwriter Lior.

Together they're working on Compassion, a symphony of songs that will unite the soulful power of Lior's voice with the radiance and vivid drama of Westlake's orchestral style. Their theme is the wisdom of compassion expressed through ancient writings and their musical artistry.

With orchestral arrangements of Lior's own songs, including 'This Old Love', 'Bedouin Song' and 'Daniel', this promises to be an unforgettable concert of authentic and life-affirming music-making.