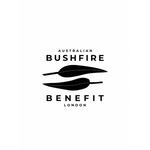 Join us for a concert, reception and auction hosted by Australian artists and musicians to support the bushfire relief efforts in Australia.

Our hearts are with the people of Australia and we hope that the money raised from this concert will make a tangible difference to the victims of this horrific tragedy.