Vella's music is lyrically and rhythmically engaging. His music creates a sense of deja vu and textural surprise, with allusions to postmodern irony. 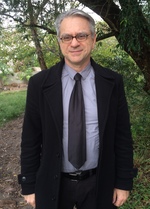 As a composer Vella's diverse output includes works for orchestra, large ensemble, choir, film, chamber music, burlesque cabaret, music theatre, site-specific performances, and popular music genres. Much of his music has been performed and recorded nationally and internationally. His film credits include 'Light Years', 'Parklands', 'Renzo Piano: piece by piece' (for which he won the 1999 Australian Screen Composer's Award for best music for a documentary. His feature film music score 'Travelling Light' (2003) received the nomination 'Best Music for a feature Film' by the Australian Film Institute.

From 1997 to 2001 Vella was general editor for music with Currency Press, Australia. In that capacity he instigated publications on Australian music with titles in the areas of music research, biography, composition, pedagogy and performance. Publications discussing his performance work are 'Arias: Recent Australian Music Theatre' Redhouse Editions, 1997; 'The Oxford Dictionary of Australian Music', Oxford University Press, 1998; and 'The Currency Companion to Music and Dance in Australia',Currency House, 2003. His book 'Musical Environments: A Manual for Listening, Improvising and Composing', originally published by Currency Press (2000), has become a recognised text for secondary and tertiary music courses throughout Australia. In 2003, an international edition of this book entitled 'Sounds in Space Sounds in Time' was published by Boosey and Hawkes, UK.

Richard Vella directed the interdisciplinary and transdisciplinary research group Collaborative Environments for Creative Arts Research (CECAR) from 2013 to 2019. <http://www.newcastle.edu.au/research-and-innovation/group/cecar/>. The research activities in CECAR embrace music and phenomenology, performance, composition, music production, interactive technologies, artscience intersections and the music industry. His interest in art and science relationships began in 1992 when he devised and implemented a pioneering interdisciplinary postgraduate and undergraduate music program within the School of Mathematics, Physics, Computing and Electronics at Macquarie University. This pioneering program attracted researchers from all over the university who wanted to develop new approaches to music research at the university level. The music program laid foundations for the later established Department of Media, Music, Communication and Cultural Studies within the Faculty of Arts.

His research group CECAR was awarded in 2015 an Australia Research Council Linkage grant in partnership with Monash University, the Australasian Performing Rights Association and the Australia Council for the Arts. The project investigates the cultural and export value of the Australian music export. The industry report for this project was completed in July 2019. The report can be found at https://www.australiacouncil.gov.au/research/born-global

Through CeCAR he was the artistic director of the International Space Time Concerto Competition (2012), a cutting edge concerto competition that embraces historical practices with new innovations in performance.

He has supervised and currently supervises a wide range of PhD students in music, performance, composition, artscience, music and phenomenology, music technology, and interdisciplinary arts practice. Vella has received awards for excellence in postgraduate supervision from Queensland University of Technology and the University of Newcastle.

Vella's writings and compositions in performance and music stem back to the 1980s. These works enabled him to explore interdisciplinary relationships between text, sound, music and gesture. In 1987 Vella was artistic director of the opera and music theatre component of the Australian National Playwrights Conference (Canberra) which provided the opportunity for composers to develop new Australian music theatre. Vella was founding artistic director of Calculated Risks Opera Productions. Calculated Risks has premiered three of his major works, 'Tales of Love' (1991/2002), 'The Last Supper' (1993) and 'Bodysongs: the Fatman Tour' (1998). These works have toured nationally and internationally in various formats.

Link to a music sampler of works by Richard Vella - https://soundcloud.com/user-314331261/sets/sampler