Ben writes, “ I try to create music which engages people regardless of their experience with classical music. I especially love to draw people in using catchy rhythms to ground their understanding of the work, while the melodies and harmonies explore more challenging territory.” 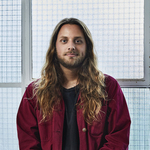 Ben Robinson is a versatile Australian composer with a flair for "electric rhythmic landscapes" (Paige Gullifer) and captivating melodic gestures. His "fresh, unique compositional style" (Sam Weller) creates an engaging journey through agile and colourful ideas which appeal to a wide audience. A graduate of the Sydney Conservatorium of Music, he was awarded the Raymond Hanson Memorial Prize by his tutors for excellence in composition. His teacher and mentor Paul Stanhope writes, "Ben's achievements speak for themselves, as does his strong sense of a compositional voice."

Despite the effects of the global pandemic, Ben has kicked off his career with commissions for the Australian National Academy of Music's bold project The ANAM Set, Sydney's charismatic orchestral collective Ensemble Apex, and the Sydney Opera House. He has also composed for a number of prestigious development programs with Ensemble Offspring, the Australian Youth Orchestra and Gondwana Choirs, being praised for his "idiomatic writing, clear sense of musical intention and cohesive language" (Claire Edwardes).

Ben's music has been performed in local festivals including Vivid Sydney and Extended Play, as well as internationally in the U.S., the Netherlands, Switzerland, Sweden, Spain, and the Asia Saxophone Congress in Shanghai.

"Ben's dedication and love for music speaks strongly with every note he writes…it was clear from our first meeting that he is an incredibly dedicated and passionate musician with a keen ear and a drive for perfection." (Sam Weller)