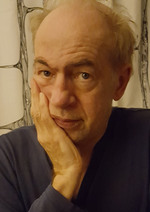 Edward Primrose is a composition graduate from the Canberra School of Music. He won the ASME Young Composers Award in 1980 and has been commissioned by, among others, the Melbourne Symphony Orchestra (Cinema Music), Canberra Symphony Orchestra (Symphony No. 2 in memoriam Don Banks), and the Seymour Group (Divertimento), and spent several years in the UK and France as composer for theatre, dance, video and film.

Since studying conducting with Ezra Rachlin and debuting with La Belle Helene (Canberra Opera, 1979), he has become a regular orchestral recording conductor specialising in recording to image. In 1997 he conducted a series of recordings with the Melbourne Symphony Orchestra. In 2000, he conducted recordings of works for the Opening Ceremony, Sydney Olympic Games with the Sydney Symphony Orchestra. He also conducted recordings with the Sonic Art Ensemble and, more recently, the SpaceTime Concerto Competition concert held in Newcastle.

Edward Primrose was the founding Artistic Director of Camera Camerata (orchestral music for film recording project) in 1998 with the Australian Youth Orchestra, incorporating four teams of film makers and composers.

As a teacher, Edward was Head of Theory and Composition at the Australian Institute of Music (1993-94). He has taught composition, in particular music for film, at the University of Western Sydney, the University of Sydney, the Centre for Continuing Education, Sydney Macquarie University, the National Film School in London and the Sydney International Film School. He was composer in residence at the Australian Film Television & Radio School (AFTRS) in 1995-97, then Lecturer in Screen Composition at AFTRS in 1999-2000, and again in 2007-2013. His doctoral research focussed on the subject of musical dramaturgy.

In 2014, he established the Composers Centre - for research, pedagogy and music production associated with drama.

He has composed two symphonies, chamber and choral music, a Concerto Grosso for orchestra and piano obbligato, music for theatre, radio drama and dance, plus numerous scores for films and documentaries: Révérence (2000), Humanimation (2001), and … the dancer from the dance (2013), all three of which received APRA/AMCOS/AGSC nominations for Best Music for a Documentary.

Recent works include Neikos and Acragas, both for orchestra; and the music-cine-theatre work The Wife of Empedocles. In January 2015, Edward was in Paris to complete a commission - Lignes de faille - for the virtuoso saxophonist Daniel Kientzy.

Apart from film work, he wrote, composed and directed the cine-music-theatre work The Art of Lies and Obfuscation (2019)