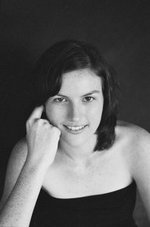 Her music has been performed by the Tasmanian Symphony Orchestra, NOWensemble (New York), Alarm Will Sound (US), Ars Nova (Dallas), and Halcyon (Sydney), and has been programmed at numerous festivals, including the Mizzou International Music Festival, the Norfolk/Yale Chamber Music Festival (Connecticut), the Dallas Festival of Modern Music, the Nief Norf Festival (Tennessee), the Risuonanze Festival (Italy), and the Vox Feminae Festival (Tel Aviv).

Her piano trio, Spinning Top, was included on ABC Classic 2019 release, Women of Note: A Century of Australian Music.

- Video: Nicole Murphy on Composition - In Conversation With...

- Video: Nicole Murphy on Commissioning - In Conversation With...

- Video: Nicole Murphy on Writing for the Voice and Chamber music - In Conversation With...