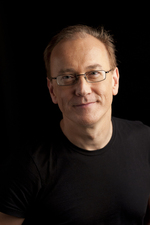 Ian Munro has emerged over recent years as one of Australia's most distinguished and awarded musicians, with a career that has taken him to thirty countries in Europe, Asia, North America and Australasia. His award in 2003 of Premier Grand Prix at the Queen Elisabeth International Competition for composers (Belgium) is a unique achievement for an Australian and follows on from multiple prizes in international piano competitions in Spain (Maria Canals), Italy (Busoni), Portugal (Vianna da Motta) and the UK, where his second prize at the Leeds International Piano Competition in 1987 established his international profile. He has served as a jury member of international piano competitions in Sydney, Switzerland (Clara Haskil) and New Zealand, as well as the Melbourne International Chamber Music Competition.

After returning to composition in 1992, following the birth of his first daughter Lucy, Ian Munro quickly developed an interest in music for children. Both Lucy's Book (1993-2006) and the Children's Concerto (1999) reflect an abiding concern with music for children. In 2003 Munro's piano concerto Dreams won the prestigious Queen Elisabeth International Competition in Brussels and was subsequently played by the twelve finalists of the international piano competition. Broadcast across Europe both on radio and television, Dreams received its next performance in St Petersburg, Russia with the Hermitage State Orchestra as part of the Musical Olympus Festival. Subsequent commissions from the Tasmanian Symphony Orchestra (through a Symphony Australia residency) have produced the Blue Rags (2005), Drought & Night Rain (2005) and O Traurigkeit (2006), written for soloist Sue-Ellen Paulsen (cello). Blue Rags was nominated for APRA Orchestral Work of the Year 2006 and has been recorded for ABC Classics.

Chief among Munro's chamber works is the piano quintet Divertissement sur le nom d'Erik Satie (2006), commissioned by the Flinders Quartet of Melbourne. Further commisions from the University of NSW and the Melbourne Chorale brought choral works in 2006 and 2007. Recent commissions include a piano trio for a tour of New Zealand in October 2008, as well as a song cycle for Elizabeth Campbell, a divertimento for the Melbourne Chamber Orchestra (formerly Pro Arte), Black is the Night for Richard Tognetti and the ACO, two string quartets and the clarinet quintet Songs from the Bush.

In 2011 he was featured composer for Musica Viva Australia.

- Website: Music and Emotion (incl. performance of "After Nina")
© ABC
What happens when you listen to music? What happens in your brain? What makes music sad, poignant or joyful? How easy is it as a composer to shape and extract emotional responses to particular compositions? In this conversation you’ll hear music and some interesting insights into composition and emotional response with Emma Ayres; Professor Andrew Schultz – composer and head of the school of Arts and the Media at UNSW and Associate Professor Emery Schubert.