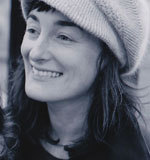 Bryony Marks completed a Postgraduate Diploma in Music Composition for Film and Television with first class honours from the University of Melbourne's Conservatorium of Music. In 2001 she attended the inaugural Australian National Academy of Music Composers' Program, taking classes with professor Simon Bainbridge, Head of Composition at the Royal Academy of Music in London; and Karen Tanaka, formerly of IRCAM, Paris.

In addition to several scores for theatre, Bryony Marks has received numerous commissions for chamber orchestra, including three string quartets, a quintet and a sextet, an opera excerpt and a one-hour chamber opera entitled Crossing Live, which was premiered by Chamber Made in 2007. In 2004 she was invited to participate in the Song Company and the Australian Music Centre's MODART05.

In 2005 she composed the music for Chris Lilley's award-winning series for ABC TV, We Can Be Heroes. In 2007 she worked with him again on Summer Heights High (ABC TV). She also composed the music for the TV feature, The King (based on the life of Graham Kennedy), and Matthew Saville's debut feature film, Noise. In early 2008 Marks collaborated with Roger Mason on the music for SBS's new brand identity, delivering more than 200 individual pieces for on-air, radio and internet. In 2009 she completed work on the new TV series for Southern Star, Tangle, with directors Stuart McDonald, Matthew Saville and Jessica Hobbs.

In 2010, Bryony Marks completed work on the Hawke telemovie for Channel Ten, directed by Emma Freeman; the ABC TV series, Dance Academy; the second series of Tangle for Southern Star and Chris Lilley's new ABC/HBO television series, Angry Boys. Since then, she has composed the music for the mini-series Cloudstreet for Showtime, third series of Tangle for Southern Star, feature film Goddess, ITV mini-series Mrs Biggs, and Josh Thomas' ABC TV comedy series Please Like Me.

Bryony Marks is currently adapting the children's book The Happiness Box for the Melbourne Symphony Orchestra and will shortly commence work on the upcoming feature film Felony.

Crossing Live - '... a funny, cleverly constructed opera/musical that takes a serious tilt at the contemporary populist media'. (The judges of the 2008 Victorian Premier's Literary Awards)