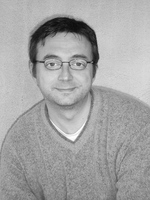 His opera Les Feluettes (Lilies), commissioned by Opéra du Montréal, premiered to sold-out audiences, standing ovations, and rave reviews (see website for details) in May 2016 and was subsequently nominated for a coveted Opus Award. It's second production with Pacific Opera Victoria in April 2017 and third production with Edmonton Opera in October 2017 saw more full houses, standing ovations, and glowing reviews.

His most recent song cycle, Songs of Remembrance and Resistance, was premiered on One Ounce Opera's 2nd Ounce of Fresh Squezed Art Song in November, 2017. His works have been included in the Metropolis New Music Festival, and the 7th Sydney Biennale. Awards include first prize in the 3MBS National Composer Awards for his orchestral work Kambarang and the Dorian La Gallienne Prize for Ophélie.

Kevin, along with excerpts from his song-cycle Mythweaver, was one of three composers featured in the ABC National documentary Modern Muses: The Greeks and New Music. Numerous performances of his works have been broadcast on ABC and 3MBS radio. Ouvre-moi la Porte, commissioned for Neal Perez de Costa and Daniel Yeadon, was broadcast on ABC Classic FM's Sunday Live.

Songs from Mythweaver have been published in Voices of Australia II, a second volume of Australian art song published by Wirripang. Sea-blue Bird, composed for Halcyon's 15th anniversary concert series 'Kingfisher,' has been recorded by Halcyon and is available on their CD Kingfisher: Songs for Halcyon.

Kevin holds a Master's degree and a Doctorate from the University of Michigan where his principal composition instructors were William Bolcom, William Albright, Michael Daugherty and Curtis Curtis-Smith. In Australia he has been mentored by notable Australian composers Richard Mills, Gerard Brophy, Maria Grenfell, and Paul Stanhope.

- Video: Kevin March on Composition II - In conversation with...

- Video: Kevin March on Composition I: Finding Your Voice - In Conversation With...

- Video: Kevin March on Collaboration - In Conversation With...

- Video: Kevin March on Writing for the Voice - In Conversation With...