Fiona is a Sydney based composer with a highly melodic style. She believes in the power of music to make people feel things on an emotional level. A lot of her music is happy and upbeat. 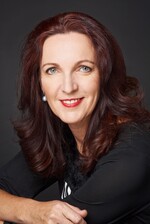 Born in Sydney in 1964, Fiona Loader studied piano (performance) at the Canberra School of Music (ANU) for her Bachelor of Music (Honours), studying with John Luxton.

Prior to studying composition, she worked as a copyright lawyer in the music industry for 18 years.

In 2016 she completed her Master's degree in Composition, studying with Dr Paul Stanhope, at Sydney Conservatorium of Music. In the same year she was selected to work as a Composition Fellow (composer in residence) at Trinity Grammar School where she wrote and conducted works for choir and orchestra.

Also, in 2016 Fiona won the category for writing for five pianos, and her work "Variations on Waltzing Matilda" was performed at a gala event "Take six" at Theme and Variations, Willoughby.

In 2015 and 2017 Fiona was commissioned by Michelle Leonard OAM and the Leichhardt Espresso Chorus to write Christmas songs for performance by the choir and band at the famous Norton Street carols concerts.

In 2019, Sydney Conservatorium early music ensemble "The Judgment of Paris" invited Fiona to write a recorder suite for performance and CD recording by their ensemble. The resulting work is entitled "Rose garden suite".

In 2020, Fiona's trio composition, "Lorikeet corroboree" written for and performed by Ensemble Offspring, was released as a single and also part of their "Songbirds" album by ABC Classics, as well as for digital release. In the first two weeks of release, the single was downloaded and streamed more than 22,000 times. Due to its popularity the music has also been released on physical CD by the ABC and has also been included in the ABC playlist album "Women in music."

Fiona's music has been performed at musical festivals in Australia including the Four Winds Festival (Bermagui), Ensemble Offspring's national tour including the Sydney Festival and Canberra International Music Festival, Melbourne Digital Concert Hall, Musica Viva concerts and educational events and in Europe and the UK.

Her music has been recorded by both Fine Music FM and the ABC.