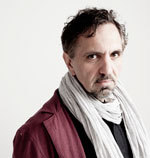 "Joe Chindamo is closer to the model of the complete musician of Bach's time - composer, performer, improviser - than classical music's modern custodians. Chindamo's range ofreference is encyclopaedic and his art tender; his virtuosity never hectors, but disarms. It is music of seduction." Anna Goldsworthy, Pianist, Author

"For those who for any length of time have followed Joe Chindamo's remarkable career as one of Australia's preeminent jazz musicians, it surely comes as no surprise to discover that his increasing forays into composing for the concert hall are reaping rich rewards; pieces characterised by his inimitable combination of knowledge, subtlety, wit and consummate artistry." Brett Dean Composer, Conductor, Violist

"Joe Chindamo is the most gifted jazz pianist of his generation." David James, music critic and author of 'The World's Best Jazz Club - the story of Bennett's Lane

Joe Chindamo is a musical polyglot whose art defies classification. While forging an international career as a brilliant jazz pianist - producing 23 CDs, topping the jazz charts in Japan and touring the world with the genre's leading figures - he was working as first call pianist on over 60 film soundtracks and performing & recording with a plethora of leading artists from the worlds of opera, jazz, theatre and pop.

His Concerto for Drum Kit and Orchestra was commissioned and premiered by MSO at the Last Night at the Proms in Melbourne 2018, and conducted by Sir Andrew Davis. In November of the same year, he was commissioned to compose a string orchestra work for the centenary of Australia House, London - Joe Chindamo conducted the work himself in the presence of HRH Prince Charles.

His work with the brilliant violinist Zoë Black (with whom he formed a duo in 2011) has been widely celebrated. The duo has performed in Canada, Italy, Japan and the US and in September 2015 premiered Chindamo's reversioning of J.S. Bach's iconic Goldberg Variations at Carnegie Hall to great critical acclaim. They recorded their first CD Remaginings in 2012, followed by Dido's Lament and The New Goldberg Variations, each receiving ARIA nominations for best classical release of 2014 and 2015 respectively.