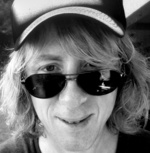 Dr Colin Black is an internationally acclaimed composer, sound artist and radio artist, whose major works have won the 2015 New York Festivals International Radio Program Awards, the Prix Italia Award (2003), and achieved the final round selection in the 2010, 2011 and 2015 Prix Phonurgia Nova (France).

Reviews of Black's work include, "Enormously impressed. I'm not surprised you got gold at the New York Festivals" (Prof. Tim Crook, Goldsmiths); "Stunningly vivid and evocative sounds and voices woven together with real artistry" (John Biewen, Duke University); and "... lived up to the claim ... that here was a patchwork sonic quilt that can be passed down the generations" (Prix Italia Awards International Jury Report). Moreover, Prof. Seán Street, in his book The Poetry of Radio: The Colour of Sound, has described Black as a "key figure" in radio art and experimental sound-based work. As a result of this acclaim, Black has received multiple national and international commissions to create innovative works for installation, performance and broadcast across major Australian and European networks.

In 2014 Black was awarded an artist residency in Ljubljana by the Republic of Slovenia Public Fund for Cultural Activities. In 2013 Black was commissioned to create the sound art component for The Double Word inter-disciplinary installation at the Sydney Olympic Park site, commissioned a major work entitled Semblance and curated "The Transmuted Signal" - a four-part series for Kunstradio that aired on Austrian public radio. He also curated a four-part series about sound art entitled Sound Fix for ABC Radio National. In 2012 Black was commissioned by ABC Radio National to created an experimental radio feature work for The Night Air.

In 2009 Black was commissioned by Deutschlandradio Kultur's Klangkunst to create a feature-length radio art work from field recordings made in East Germany, entitled Kilian's Antipodean Dream, which, as a result of achieving final selection round status in the 2010 Prix Phonurgia Nova, was also scheduled for broadcast as part of the Semaine De La Creation Sonore (Week of Sound Creation) festival in France. Prior to this, in 2008, Black was invited by Czech Radio's rAdioCUSTICA program to create Soundprints: The Prague Pressings for broadcast and CD release.

Black's sound installation Alien In The Landscape: The Extended Enviro-Guitar (XEG) was selected for the Australasian Computer Music Conference 2008, held at the Sydney Conservatorium of Music (Australia). In 2007 Black composed and produced a major musical/sound art hybrid work entitled Longing, Love & Loss for performance and broadcast on the Australian Broadcasting Corporation network. He also created the Butter Churn sound sculpture installation for the Wilsons River Experience Walk in Lismore's Heritage Park. In 2006 Black was commissioned by Deutschlandradio Kultur's Klangkunst program to create a major radio art work entitled Alien In The Landscape.

Black was awarded a PhD from the University of Sydney in 2013 for his research into sonic art and radio art. Black is also is a graduate of the UNE Contemporary Music Degree and has an Honorary Graduate Diploma of Musical Directing and Composing for TV from the Australian Film, Television and Radio School. He has presented research papers at the 2005 Vital Signs conference (RMIT University's, School of Creative Media, Melbourne), 4th International Mobile Music Workshop (Amsterdam 2007), Sounding Out 4 - An International Symposium on Sound in the Media (University of Sunderland, UK 2008) and the 4th Media Art Scoping Study Symposium (Melbourne 2009). Black has also been invited to talk about radio art and his work on London's Resonance 104.4FM, at the Sibelius Academy in Helsinki, Technische Universität Berlin, University of Sydney and the Victoria University of Wellington.

Black's work has been selected for broadcast and podcast on stations including Deutschlandradio Kultur, the BBC, YLE Radio (Finland), Sveriges Radio (Sweden) as well as many other European stations and in South Africa, New Zealand, and numerous times across Australia.

"International Perspectives on the Historic Intersections of Electroacoustic Music and the Radio Medium," Organised Sound, Volume 19 No. 2, 2014. ISSN 1355-7718.

2015 The Cracks In The Mind Between Here And There! Panoply Performance Laboratory, 'WTF is "experimental" music?' series (Brooklyn)