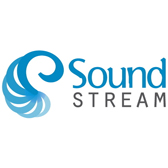 The names of the six finalists of the Soundstream Young Composers' Award have been announced. New works by Sebastian Phlox and Melisande Wright from South Australia, Annie-Hui-Hsin Hsieh and Melody Eötvös from Victoria, Daniel Manera from New South Wales and Nicole Murphy from Queensland will be performed on 13 October 13 2012 as part of the Soundstream Adelaide New Music Festival. The winner of the inaugural Young Composers' Award will be announced on the night.

The new award attracted applications from 54 composers under the age of 30. There will be two cash awards of $5,000 and $2,000 for the future commission of new works to be performed by Soundstream Collective in 2013. In addition, a people's choice award of $1,500 will be sponsored by Winston Music.

Details of the Soundstream Adelaide New Music Festival program for 2012 will be announced shortly.

© Australian Music Centre (2012) — Permission must be obtained from the AMC if you wish to reproduce this article either online or in print.

The Australian Music Centre connects people around the world to Australian composers and sound artists. By facilitating the performance, awareness and appreciation of music by these creative artists, it aims to increase their profile and the sustainability of their art form. Established in 1974, the AMC is now the leading provider of information, resources, materials and products relating to Australian new music.