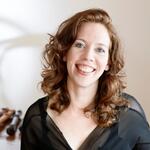 The sweetness of birdsong

Acclaimed Australian recorder virtuoso Genevieve Lacey is set to astonish in this program celebrating the simple sweetness of birdsong, following its musical influence from Baroque to modern day.

The Australian bush, brought to the stage
Genevieve Lacey is particularly familiar with the idea of birdsong as a creative source, having recorded an entire album that uses the song of the pied butcherbird as its principal theme. Here Lacey performs a work by the same composer, Hollis Taylor’s Absolute Bird Concerto. A combination of found sound, field recordings and live music, it conjures up the unmistakable soundscape of the Australian bush.

Birdsong across the ages
Lacey tackles one of Vivaldi’s most fiendishly difficult yet effortlessly beautiful examples of birdsong, with his Concerto in C Major. Jean-Féry Rebel’s Les élémens astounds with attacking strings and evokes the flocking of birds as a chaotic dance. Also included is idiosyncratic contemporary American composer Moondog’s Bird of Paradise.