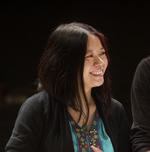 The New Music Studio joins forces with Melbourne's Arcko Ensemble under conductor Timothy Phillips, for a concert celebrating one of Australia's most important and internationally recognised compositional voices, Liza Lim, in a program of fascinatingly divergent works for stings and mixed ensembles.

Lim has received commissions and performances from some of the world’s pre-eminent orchestras, festivals and ensembles and is currently Professor of Composition at the Sydney Conservatorium of Music where she leads the ‘Composing Women’ program, and at the University of Huddersfield.

Arcko Symphonic Ensemble was formed in June 2008 by its founder and Artistic Director Timothy Phillips. Inspired by experiences gathered whilst living and working in Europe, with leading contemporary ensembles and musicians, the seed was sown for an ensemble dedicated to larger scale repertoire. At the heart of Arcko Symphonic Ensemble is the question: what happens to a piece of music once it has been premiered?

Whilst not precluding the idea of premiering new works or performing the odd foreign piece, Arcko is proud to be performing Australian works for a second and subsequent time. The name is a hybrid of two words: arco (to bow a stringed instrument) and ark (as in Noah's Ark). Arcko's mission is the creation of an arc between heritage and emerging composers and to play its part in the establishment and preservation of an Australian music canon.

Further information for this event is available online at the event's website or by phone on 0400 866 789 or by email to artisticdirector@arckosymphonicensemble.org.au