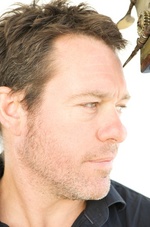 His debut album of original compositions, The Sea, was released in 2009 and won two prestigious Bell awards (Jazz Ensemble of the Year and Jazz Song of the Year, 2010). It was also the best-selling Australian jazz release at Birdland Records in 2010 and 2011. The follow-up CD, entitled The Remembering and Forgetting of the Air is again the best-selling jazz album at Birdland in 2013.

Jonathan Zwartz is part of the 'Starfish Club' team that presents a monthly live music event at the Clovelly Bowling Club that has been filmed and broadcast live on ABC Radio National. He has also co-produced a ten-part series on jazz for ABC TV entitled The Pulse, which has been rescreened many times since its release in 2000.

Zwartz has composed music for the documentary To Spring From The Hand about the life and work of artist and dancer Paulus Berensohn, due for release in the 2nd quarter of 2013.

Jonathan Zwartz has been an APRA Ambassador since 2010.

Jonathan Zwartz — current to May 2013