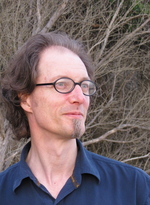 Allan Walker began his musical career as a pianist after completing a BMus at Melbourne University studying with Ronald Farren-Price. As a performer he worked with contemporary music groups New Audience Ensemble, Pipeline, Ozdimo and with Melbourne's Astra Choir.

An interest in composing led him in 1984 to the Music Department at La Trobe University to study with Keith Humble. His MA combined composition with a dissertation on twelve-tone strategies in Arnold Schoenberg's Genesis Prelude. Allan was a lecturer at La Trobe's Music Department until its closure in 1999 and during that time taught tonal and post-tonal theory, composition and in the legendary 'improv labs'. He subsequently taught at the Victorian College of the Arts and the Queensland Conservatorium. He is currently based in Canberra at the Australian National University. Allan maintains an interest in academic scholarship. His most recent research on the late music of Keith Humble is published in Modernism in Australian Music, 1950-2000.

His compositions can be loosely characterised as 'modernist' and drawing on the tradition of twelve-tone composition. An interest in jazz and improvisation is reflected in earlier instrumental pieces such as S/H, Variations: a pinch of salt and Pas de Deux. More recent projects have focused on voices and texts, including choral works (O Moon, Ars Poetica, Mein Blaues Klavier) and compositions for soprano and chamber ensemble (Songs of Innocence, Dransfield Settings).

His pieces have been performed and commissioned by Australia's leading ensembles and performers, including the Astra Choir, Pipeline Contemporary Music Ensemble, Miwako Abe, Michael Kieran Harvey, Mardi McSullea, Daryl Pratt and Simone de Haan. They have been broadcast by the ABC and published by Currency Press and Red House.