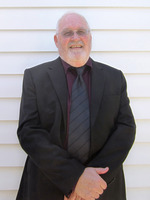 Robert Sims began his career as Associate Principal Trumpet in the Melbourne Symphony Orchestra (1976 - 1990) and has had a wealth of experience playing in all genres from orchestral to big bands, films, commercials and chamber ensembles recently working with Orchestra Victoria, the Australian Pops Orchestra and Cathedral Brass.

He developed his love for brass instruments playing cornet in the Hyde Street Band at the age of eight and playing with the Footscray and Yarraville Brass Band. He studied trumpet with Mervyn Simpson at the Melbourne Conservatorium of Music, where he graduated with a Bachelor of Music in 1977. Robert was a member of the MSO from 1976 to 1990, he then moved to pursue teaching and writing, initially at Haileybury College and finally the Victorian College of the Arts. I held the position of Head of Brass at the Victorian College of the Arts from 1993 until 2008.

As an experienced brass educator Sims has contributed to the music programs at Monash University, Melbourne Conservatorium of Music, Victorian College of the Arts as well as other tertiary institutions around the country.

Specialising in composition for brass and small ensemble, Robert Sims constructs works for advanced players that are technically intricate, musically complex and written specifically with the brass sound in mind. He has written works for both individuals and organisations including Victorian Opera, Melbourne Brass Ensemble, Ars Musica Australis, Auckland Philharmonia Orchestra Education Department, the Essendon Football Club and the Australian government.