I strive to create and work with a view to the musical future. It is my sincere hope that my music communicates to the future, with a clear, optimistic and original voice. 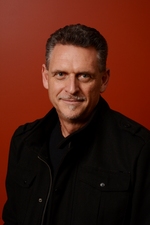 Adelaide-born musician and educator Grant Sheridan (b. 1961) began his music training at fourteen. Finishing his Bachelor of Arts degree at the University Of Adelaide, he completed an honours degree in musicology under the supervision of Professor Andrew McCredie. For his honours degree, he completed a thesis on Leonard Bernstein's Mass, writing in direct consultation with the composer, his personal secretary and former music assistant Elyakum Shapira.

In 1985 Sheridan completed his graduate diploma in education. He has successfully taught in the non-government and government sectors and for TAFE. He has taught gifted students in all of South Australia's Special Interest Music Centres.

Sheridan has worked in many capacities, performing, conducting and composing. He studied flute and conducting with a number of distinguished national and international teachers and performers. He has conducted numerous amateur and student ensembles, both at secondary and tertiary level.

In 1986, his music was choreographed by Michelle Buday for the Australian Dance Theatre. Numerous leading Australian musicians have performed Sheridan's compositions, including Renate Turrini and Geoff Collins.

In 2006, Sheridan's First Symphony was premiered by Nicholas Braithwaite with principals from the Adelaide Symphony Orchestra, gifted student players and Opera Australia soloist Elizabeth Campbell. In 2007 his First String Quartet ANZAC was premiered under the leadership of Bogdan Kazimierczak. The following year, the quartet was given a vice-regal charity performance by the Bacchanalia String Quartet.

In July 2009, his Violin Concerto was premiered to open the triennial National Australian Strings Association conference in Perth, Western Australia. The soloist in this performance was the distinguished violinist and academic, Semyon Kobets.

In October, 2010, the Vivente Ensemble premiered Sheridan's set of string works, Airborne. This set of pieces subsequently won the state award for South Australia in the prestigious inaugural 2011 Art Music Awards in the category of Instrumental Work of the Year.

In April of 2011, the Vivente String Quartet with clarinettist, Dean Newcomb premiered Sheridan's Armenian Clarinet Quintet. The work premiering to a capacity audience in the grand ballroom of Urrbrae House, received a standing ovation. The piece had its European Premiere in Plovdiv, Bulgaria by soloists from the State Opera of Bulgaria in late March of 2012.