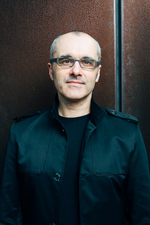 Piotr Nowotnik started composing at the age of 10 under the mentorship of his grandfather, Józef Samelczak. He has composed music for theatre, film and games, drawing from his diverse experience as collaborating artist, composer, and sound designer.

He continuously engages in collaboration with artists from a variety of genres and disciplines, from musique concrete production for Butoh Dance Theater in Paris, through his involvement in a world music scene in Melbourne and creating audio libraries of rare and unique instruments.

In 2015, Piotr became the first-ever AMPlify artist development project participant as he was chosen to collaborate with DJ/producer Marlo Hoogstraten. His unprecedented use of unusual instruments and organic sound in trance music resulted in the release of new pieces and live tour in Sydney and Melbourne in 2016.

His recent commissions include compositions for the Pleroma Dance Theater from Hong Kong (Gan Eden, 2014); Human Dance company from Paris; soundscapes, and soundtrack for Melbourne-based La Mama's theatre piece by Suzie Hardgrave (Elizabeth Taylor Is My Mother, 2015) and Elaine Hudson's There are Trees that Are Dancers (2014). He worked as sound designer on Steppenwolf: A Musical Retelling production in New York, USA.

His soundtrack album for The Journey (a film by Marco Kamareddine premiered at the Cannes Festival in 2013) was nominated for Best Soundtrack Album at APRA Screen Awards 2013.

He was a finalist of Indie Gathering Scoring Competition (Ohio, 2010) and a recipient of Billilla Artist in Residence programme (2011-2012). His collaborations with video games developers have resulted in three instances of Technology Review Award and Parent's Choice, for an educational music game co-produced by him.

Commissions and projects include:

2013: music for Elizabeth Taylor Is My Mother by theatre director Suzie Hardgrave; soundtrack for The Journey, film by Marco Kamareddine; music for 'Walking with Dinosaurs' game developed by M5859 Studios, published by BBC Worldwide

2011: sound illustration for 'Zone. Motherland' (theatre) by Olena Fedorova; sound installation 'Resonating Spaces' created for the Museum of Anthropology in Vancouver; soundtrack for On Her Shoulders, a documentary for UNIFEM, Australia

1999: Longest Hour of the Night (solo album) composer and producer