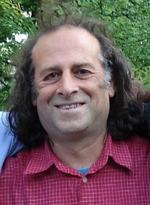 Paul Moulatlet is a Melbourne-based Australian composer whose works have been performed in England, Italy, Norway, the USA and numerous Australian events, including the Melbourne International Festival of the Arts, the Melbourne Fringe Festival, and Federation Music Week: Contemporary Music of Australia and the Asia Pacific.

Moulatlet gained a first-class honours degree in composition, and also holds a Master of Arts (music composition) from Monash University, obtained under the supervision of Thomas Reiner. His music has been interpreted by many noted Australian artists, including Robert Chamberlain, Deborah Kayser, Ken Murray, Peter Neville, Carl Rosman, Eugene Ughetti and Tristram Williams. His works have also been performed by various international artists including the UK-based contemporary music exponent and virtuoso trombonist Barrie Webb, and one of Italy's leading contemporary music ensembles, Trio Altrove 1.3.

Moulatlet has enjoyed a long working relationship with contemporary music ensemble re-sound, who have featured his works on three of their four CD releases through the Move label. He is also a member of the Melbourne Composers' League, with works performed at concerts presented by the League and released on several CDs produced by the MCL.

Moulatlet also holds a Gradudate Diploma of Education (music) and has taught at primary, secondary and tertiary levels. His compositions have been used for academic instruction at Monash University and the Victorian College of the Arts, and his works have been used as examination pieces at Bachelor and Master of Music levels.

He has conducted workshops and presented lectures based on his works in Melbourne, Italy, and the USA. As well as composing, he is currently classroom music teacher and coordinator of music at Merri Creek Primary School in North Fitzroy, Victoria.

Moulatlet, whose music is influenced by the 20th century's atonal and serialist tendencies, states:

'I believe all humans are capable of being creative in many art forms. I feel very privileged to have been trained as a composer and, as a result, I can create and contribute to the considerably large pool of new music. As substantial and satisfying as that creative act may be, it is imperative and possibly more important that we, as composers and educators, do our utmost to encourage all people to innovate and explore their artistic potential. It is only by nurturing the artistic capacity within society in general that we can feel truly appreciated and rewarded as artists.'