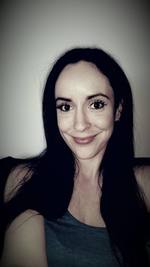 Rachel Merton began studying composition at 12 years of age at the Young Conservatorium of Music with Stephen Leek. She completed her Bachelor of Music and Master of Music Studies with Dr Stephen Cronin at the Queensland Conservatorium. During that time her achievements included placings in the ASME Young Composers Competition 1997-2001, the A.G. Francis Composition Prize in 2002, 2004 Fellowship of Australian Composers Award, and first place in the advanced section of composition for the Keys Festival for Australian Music (2006).

In 2013 Rachel was awarded the national Fine Music FM Young Composers Award, and her music was performed by the Willoughby Symphony Orchestra and Choral. Her works have been aired on 4MBS, ABC Classic FM, and Bay FM; they have also been performed by ensembles such as Ady Ensemble, Redland Sinfonia, the Queensland Youth Orchestra's Junior String Ensemble and The Song Company (2003).

Rachel's compositions aim to be accessible to a wide audience and aim for emotional connections with each listener.