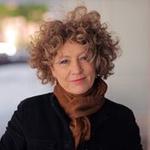 Since her emergence on the international jazz scene in 1991, Chris McNulty has been hailed by musicians, peers and critics alike as a jazz vocalist-composer with a unique vision, boundless creative energy and a distinctive style. Blessed with an exquisite instrument she combines a rich, expressive voice with a deep sense of swing, a natural feel for the blues and an impressive ability to improvise.

Her compositions have been hailed as both rich harmonically, melodically and lyrically, and well worthy of the company they keep alongside the great standards she continues to interpret and explore. Her recordings and performances have garnered 4-5-star reviews in publications including Downbeat, The Irish Times, Jazz Wise, Jazz Journal and Jazz Times, among many others.

Since 2002, McNulty has maintained a consistent presence on the international touring scene. In May 2013, Chris won the prestigious Australian Bell Award (the equivalent of a US Grammy) for Best Vocal Jazz Album for The Song That Sings You Here. Her album Eternal featuring chamber orchestra with jazz quartet, and orchestrations by gifted arranger, Stephen Newcomb, released on Palmetto Records in 2015.

Chris McNulty has collaborated, recorded and performed with some of the finest musicians on the jazz scene today. Her debut recording in the States, Waltz For Debby (Discovery 1991), introduced Chris to American audiences and received outstanding reviews. The album also features the official published lyric by Chris of the great Miles Davis classic, 'Blue in Green'. In 1994 Chris was selected as one of six exceptional jazz voices on the New York scene who were featured on the Venus Records recording, Big Apple Voices. McNulty has gone on to record several internationally acclaimed and award-winning albums since then.

Biography provided by the composer — current to 2015