As a composer based in a musically vital provincial city, Maddox sees his first obligation as being the provision of music for his local community that will challenge and engage performers in that community. 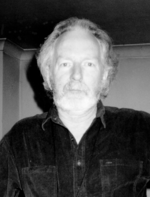 In 1993 he returned to Armidale, where living in retirement he freelances as an accompanist and lecturer, and has worked on a number of commissions. He is also Director of the Chapel Choir at The Armidale School. A number of his songs are listed in the AMEB singing syllabus. These, together with his three oboe sonatas and a number of piano works, are published by The Keys Press, while several of his choral works are currently published by Warner-Chappell in Los Angeles. Many of his songs have been recorded by soprano Samantha Cobcroft, released on the Move Records CD Australian Songs.

Biography provided by the composer — current to August 2007