Always looking for the next challenge! 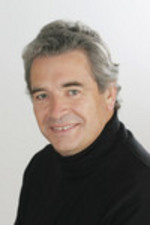 Michael Leighton Jones comes from a musical family - his mother was a professional singer - and he received his earliest musical training in Australia. Postgraduate studies took him from his native New Zealand to England, where he sang in the Choirs of King's College, Cambridge (with Sir David Willcocks) and Westminster Abbey.

For ten years he was a member of the London-based vocal quintet The Scholars, appearing with them in more than a thousand concerts world-wide, before joining the music staff at the University of Queensland. Whilst working in Brisbane, he formed Jones & Co, an a cappella vocal sextet, which toured both nationally and internationally.

He has always maintained an active solo career, performing operatic roles (he created the role of The Friend in Débussy's operatic sketches The Fall of the House of Usher) and singing in oratorios, recitals and Australian premières, many of which were broadcast. He has sung regularly with Australia's professional symphony orchestras and chamber music groups.

Since his school days he has had an interest in composition, studying with David Farquhar and Douglas Lilburn in Wellington, and later with David Willcocks and Gordon Langford. He has written many original works and arrangements for choir and smaller vocal groups. In 1997 he was appointed Director of Music at Trinity College, University of Melbourne, making many CDs with the college choir and touring with them to England, Germany, the Baltic States and Russia, New Zealand, USA and South-East Asia.

He retired from that position in 2014 and now follows a busy free-lance career as an adjudicator, arranger, composer, conductor, singer and teacher.