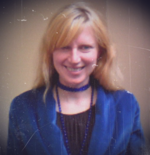 Catherine Leahy, born 1967, was raised in rural NSW, Australia. She was educated at a boarding school in Sydney where she began private piano tuition. In 1990, Leahy began piano and electronic music studies at the Conservatorium of Adelaide and then completed a B.Mus in composition, studying under Graeme Koehne, Peter Brideoake and Malcolm Fox. Leahy also has qualifications in information technology and psychology.

Leahy has been a piano teacher, a member of the MusicHeads composer group in Adelaide, and a member of organ societies in both Adelaide and Brisbane. Her compositions are typically keyboard-based and often include electronic elements. Skins (a collection of piano pieces) is representative of her keyboard music style. Leahy received a SA Young Composer award for her first organ piece (Charas) in 1995.

In 2012 she was one of six international composers to win the Rassegna Organistica Internazionale composer competition for her concert organ piece Short Life Requiem.