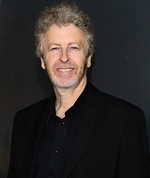 'Its long and beautiful melodic lines seem to lift us high above the clouds, propelled by gentle yet insistent rhythms motoring away underneath. In its calmer moments there's a sense of weightlessness, of effortlessly floating through the air, but the momentum always returns to carry us forwards on our journey' - Sydney Symphony Orchestra online, 3 February 2002

Dr Stephen Lalor's compositions Ethnicities of Sound were described as 'sophisticated, compelling, cosmopolitan music compositions... beautifully rendered and replete with new sounds and virtuosic techniques that are deeply embodied by a musician-composer who is a specialist in the field of plucked instruments...' (Dr Aileen Dillane, University of Limerick, Ireland)

'a multi-lingual music-maker' whose music is 'moody, folk-flavoured, ranging from powerful, soulful lyricism to the wistful, catchy ride of Flying' (Sydney Morning Herald review of the 2017 recording Music of Stephen Lalor by the Sydney Symphony's Chanterelle String Quartet, 10 March 2018).

His compositions span opera, music theatre, symphonic, musicals, ballet, film, choral, vocal, theme and instrumental music. This music has been performed by major bodies including Opera Australia, the Melbourne Festival, the Queensland Ballet and Opera House Choral Concerts; it is recorded and broadcast nationally by the ABC and overseas artists.

A selection of Stephen Lalor's music is published by Trekel Verlag, Hamburg. Representative pieces are in the collections of the Médiathèque Musicale Mahler (Paris) & the US Library of Congress.

Lalor's music reflects a combination of his formal training and extensive experience in all forms of performance and interpretation at international level. In Australia he has collaborated with a range of artists in concert, from the Tawadros and Grigoryan brothers to Taraf de Haidouks and violinist Fiona Ziegler. He has featured on several ABC Classics CDs.

Recent tours have been with the Australian Chamber Orchestra in 2016 (London, Copenhagen, Edinburgh Festival, Tanglewood) and the Sydney Symphony Orchestra (Shanghai and Beijing, September 2017). His October 2017 performance (electric guitar) with the SSO in Brett Dean's Fire Music at the Sydney Opera House was acclaimed in Limelight magazine. Before Covid struck, 2018/19 saw Stephen performing & recording with the Singapore Symphony, Malaysian Philharmonic, Hong Kong Philharmonic, Sydney Symphony, Opera Australia & The Australian Ballet as well as chamber concerts and a Chatswood Concourse Concert of his own music.

He has performed with a range of ensembles & orchestras at all the major Australian festivals, as well as the Edinburgh, Tsaritsyn (Moscow), Bulgakov (Moscow) & Montreux Jazz Festivals as well as Tanglewood (USA).

His CD Plektra was reviewed by Prof Robert Margo (Boston University) in the Journal of the Classical Mandolin Society of America, August 2014: 'Plektra, a seven-member ensemble, is the brainchild of Stephen Lalor... All of the music on the CD is arranged or composed by Lalor. The playing is highly polished, with very tight ensemble and beautiful sound throughout.'

Stephen Lalor has performed and conducted concerts of his own music at BDZ Eurofest (Europe's major classical mandolin and guitar ensemble festival) and at the 2010 & 2014 BDZ festivals he also performed solo sets of his own music, the only Australian to have been invited to do so.

As well as films and soundtracks, Stephen Lalor has performed and recorded with Aboriginal groups including the Stiff Gins and the Black Turtles. Former Head of Contemporary Performance at The Australian Institute of Music, he was also for several years the only non-indigenous permanent staff-member at Sydney's Eora Centre for Aboriginal Studies, Visual & Performing Arts in Sydney.