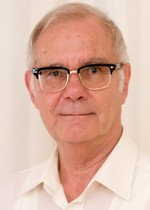 Attila Jurth wrote his first composition in 1956. From 1961 to 1962 he attended the Music School of the Liszt Ferenc Academy of Music in Budapest, studying piano and theory. Having been awarded a government scholarship to study engineering in Leningrad, Jurth moved to Russia in 1963. There he gave piano recitals and won the first prize in composition in the City of Leningrad Music Competition. In 1964-65 he studied composition with Iogann Grigorevich Admoni-Krasny (1906-1979). Between 1965 and 1969 he studied economics in Budapest.

Jurth migrated to Austria in 1969 and continued further studies at the University of Vienna in translating/interpreting, international law and economics, political science, and musicology. He became chief organist of the Hungarian Roman Catholic Diocese in Vienna in 1970, a position he held until 1982. From 1972 he privately taught solfeggio, music theory and musicianship. As his main professional activity, however, he pursued a career in conference interpreting (English/German/Hungarian/Russian) in Austria and Australia.

Jurth married Réka Kocsárdi, Hungarian-born Australian language teacher and interpreter, in 1975. In 1982 his young family moved to Australia. Following his arrival in Brisbane he increasingly turned his attention to various aspects of music. In 1985 he became a registered Kodály piano teacher as well as a member of the Music Teachers' Association of Queensland. In the same year he was appointed to establish a course in Hungarian at the University of Queensland, which was the first such course at an Australian university. Since 1996 he has been the organist of the Hungarian Lutheran and Reformed (Calvinist) Church Congregation of Queensland.

Jurth has established himself as an ethnic composer in Australia and a composer of educational chamber music. His output is characterised by singable melodies, logical harmonies and transparent forms. In response to the musical development of his four children, born 1980-84, Jurth specialised in writing arrangements and original compositions for 'uneven string ensembles', where the cello has the most advanced part while one of the violins is assigned the least demanding role. In Australia his works have been publicly performed since 1984, most of them premiered by the LKGT Quartet.

Jurth became a composer represented by the Australian Music Centre in 1989. His works are available in computerised notation of commercial print quality.

In 2013 Jurth published an autobiographical e-book in Hungarian language (https://view.publitas.com/p222-11378/festschrift-az-otveneves-erettsegi-talalkozora-1963-2013/page/1) mainly on his formative high school years with several references to his early experiences in composing and performing music.

Attila and Réka Jurth as respected and decorated citizens now live in the historical (heritage) city of Ipswich in Queensland, Australia.