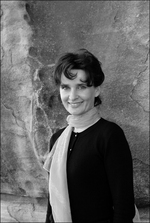 Composer-pianist Wendy Hiscocks was born in Wollongong near Sydney and began playing the piano at an early age. In her teens she started composing, and went on to study composition with Peter Sculthorpe at University of Sydney. Her career started with a two-year residence as composer and composition teacher at a major Perth school that resulted in the establishment of composition as an accredited subject in the West Australian school syllabus.

In March 2010 the British Film Institute commissioned Wendy Hiscocks to compose and perform a score for the silent film Alice in Wonderland (1903). In August 2010, Shades of the Alhambra will be premiered by Michael Collins (cl), Louise Hopkins (vc) and Kristian Chang (pf) at the Australian Chamber Music Festival in Townsville.

Wendy Hiscocks's recent appearance in an ABC TV documentary on the Australian painter Lloyd Rees includes a performance of her choral work Grace and has been broadcast in 2008 and 2009. As pianist she has appeared internationally at venues ranging from London's Purcell Room to festivals on various continents such as the Kusatsu International Summer Academy and Festival in Japan and Australia's Port Fairy Festival. She performs piano duos and duets, chamber music and accompanies singers in a large range of repertoire, including her own compositions. She has recorded piano duet and duo music by Chabrier with Roy Howat for the French label Stil and her piano duet arrangement of Saint-Saëns's Danse Macabre was published by Edition Peters in 2007.

Wendy Hiscocks is also an authority on the music of Arthur Benjamin, a topic on which she has submitted a doctorate at the Australian National University and on whom she will be writing the first biography. Plans for 2010 will feature Hiscocks as composer in residence at the Australian Festival of Chamber Music in Townsville, Australia, and as lecturer and performer in events celebrating the Arthur Benjamin anniversary for a variety of organisations including the ABC.


Wendy Hiscocks is a composer of great finesse, well tuned to the fantasy-world of children, and her works for young pianists 'Two Pieces for Cordelia' and 'Light' are delightful, exquisite miniatures worthy to stand beside the classic children's repertoire. She understands and nurtures piano colour, something often neglected or even negated by new composers…For more advanced pianists there is a suite of four pieces 'The Piper at the Gates of Dawn' and a searching piano trio called 'Coral Fantasy' - I found a lot to savour in this compelling music. (Piano Magazine)

Wendy Hiscocks's 'Coral Fantasy', inspired by visits to coral reefs in Hawaii and Australia, inhabits a very different sound world. It's a delight. In turn restful and turbulent, with brief obeisances to Prokofiev and Shostakovich, and frequent changes of tempo (and pleasingly varied tonal colourings to add interest to the listening experience, Hiscocks's piece has an unpretentious charm and immediacy. (The West Australian)

[Hiscocks's] attractive suite 'Pastel & Oil'…launched the evening with imaginative flair…The outer pieces, 'Morning Song' and the final, lilting 'Waltz' drew rich sonorities from the bloc textures, with tonally orientated harmony offset by some colorful dissonance, and aptly 'pastel shading' in the delicate, high, melismatic lines for flute and clarinet. Their playful dialogues of trills and skittish gestures in the second piece 'Scherzo', formed an engaging contrast with the 'Nocturne's' eloquent rhetorical exchanges amongst the bassoon, oboe and horn. (Pan magazine)