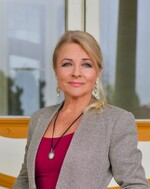 Amanda Handel is a composer navigating the nexus of contemporary art, and world musics. Her music has been described in reviews as "hauntingly beautiful, creative, cohesive and compositionally advanced", "engaging and evocative … seductive with a Spanish tinge, and a lot of grit".

In 2003 Amanda completed a Masters' degree at the University of Western Sydney. Her thesis Music of Balance: Circles and Squares includes a large portfolio of original scores and acoustic recordings which explore the universal mandala concept as a principle for composition.

Amanda has also studied flamenco in Spain, where she drafted instrumental scores and made field recordings for a CD project. Collaborating with Australian sound designer G.L. Seiler, the album Ghosts and Angels was released in 2006 on the Feral Media label and was a finalist in the Australian Music Prize.

Commissioned chamber works include Dry Red, which was premiered at the Darwin International Guitar Festival, and Red, Yellow, Black and White: Music for Reconciliation for two pianos and percussion, commissioned by Ars Musica Australis. The premiere at the Joan Sutherland Performing Arts Centre was recorded and broadcast on ABC-FM.

The Sydney Guitar Trio premiered Dances to the Night Sky at the 1999 Darwin International Guitar Festival and included it on their CD. Carolyn Kidd and Virgina Taylor performed Goarounds and Grounds in a concert broadcast live on ABC-FM radio. Also in 1999, The Song Company included Sznuvah Szn on their program for the 'Sagra Musicale di Perugia' international festival in Italy. Many of Handel's works have been recorded by renowned artists and performed at concerts and festivals.

As a certified Hypnotherapist, a BodyMinded (Alexander technique), and NLP practitioner, Amanda explores the application of these powerful modalities in her composition, performance and teaching.

Amanda lives in the Blue Mountains of NSW. She is a qualified and accredited piano teacher and has lectured in harmony, analysis and composition at Western Sydney University. Her works are available through Wirrpang Publications.