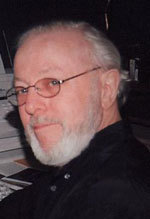 In the 1980s and 1990s Ross Fiddes founded the Sound Construction Company and the Novocastrian Arts Orchestra. He has been a guest conductor with various companies in the Newcastle area. He was also artistic director and principal conductor for Opera Hunter in 1992-94. He has been freelancing as a conductor/musical director since. Since 2016 he has been Co-Artistic Director (now Artistic Consultant) and Secretary of Newcastle Music Festival Inc (www.newcastlemusicfestival.org.au), a festival focused on good music normally presenting over 20 concerts over some 10+ days.

Based on Chekhov, Fiddes chamber opera The Proposal has been performed by four different companies, including in workshop by (the then) The Australian Opera. His hybrid musical drama Abelard and Heloise, written with librettist Paul Kavanagh, received the 1997 major CONDA (City of Newcastle Drama Award) for Outstanding Achievement in Newcastle Theatre. Presented in a workshop form, this musical was judged against over 200 other theatrical events taking place in the Newcastle bicentennial year. In 2002 Fiddes received a further CONDA for his musical direction of the premiere full staging of this work.

After a composing hiatus of some 12 years, Fiddes has produced more vocal works including Playing Post Office, a chamber opera written in collaboration with US dramatic soprano Jennifer Wilson, a song cycle The Man In The Other Room for soprano and string quartet to poems of Samantha Fiddes premiered in November 2015 by Anna Fraser and the Acacia Quartet, and These Men, a song cycle for high voice and piano to poems by Leon Gellert, commissioned and premiered by soprano Ayse Goknur Shanal in April 2015 in commemoration of the centenary of the ANZAC campaign at Gallipoli. This has received further performances in the MRC, SOH, at various venues in NSW and in Germany.

His song cycle, Love Stories, was premiered in Newcastle and Sydney in August 2018 performed by baritone Michael Lampard with Fiddes at the piano.

More recently he has composed Washing the Sun for chorus a cappella & tuned & mallet percussion for Portuguese choir, Coro Autentico, as well as Mirror of a Life, song cycle for soprano solo and a cappella chorus on poems by Judith Wright.

In 2020 he completed Toasting Mother Earth, an extended through-sung work as a reaction to climate change for soprano and piano to words by Newcastle poet Derek Dowding which will be premiered by soprano Anna Fraser & pianist Jack Symonds in the 2022 Newcastle Music Festival.