'I think in sounds better than I think in words, and it is the best way for me to examine my life and to come to terms with who I am...' 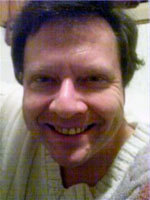 Ulster-born Houston Dunleavy is Senior Lecturer in Composition in the School of music and Drama at the University of Wollongong. Since 1985, he has pursued a national and international career as a composer and conductor. His teachers have included Peter Tahourdin, Barry Conyngham, Donald Erb, David Felder and Charles Wuorinen.

Houston was Guest Artist at The American University in Washington D.C., and has been Visiting Composer at James Madison University, The Cleveland Institute of Music, Ball State University, the University of Florida, Georgia State University and The University of Southern Florida in the U.S.A. He has conducted, and had performances of his music, in Australia, the USA, the UK, France, China, and Puerto Rico. He was a participant the June in Buffalo Festivals, The North American New Music Festival and at the 1995 Hoy Composers Course, where he was invited by Sir Peter Maxwell Davies to write for the Scottish Chamber Orchestra String Quartet.

Recent performances of his music include the Florida Electro-acoustic Music Festival (April 2007) and the 2008 Aurora Festival. He will be Composer-in-Residence this year at The Albert Roussel Festival and The Delaware New Music Festival, Visiting Composer at Brevard College, North Carolina and there will be a number of recording projects of his music.

His compositional interests include music for orchestra, the theatre (including dance), the voice and the church, the combination of electro-acoustic and acoustic resources especially in real time (such as in his Spaces series of works), the exploration of virtuosity (Gondwanaland - a concerto for tuba and symphonic winds) and indigenous Australian music (the Earth Music series).

Biography provided by the composer — current to March 2009