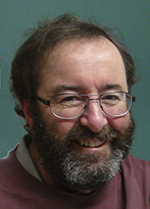 Prior to studying composition at the NSW Conservatorium of Music, Robert Douglas studied civil engineering at the University of NSW. During 1981, he studied composition with Gillian Whitehead and wrote Isoprisms for flute, trombone, percussion and piano. This piece was successfully workshopped by Flederman and first performed by them in January of 1982 at a Festival of Sydney concert. Also in 1982, he was commissioned by Musica Viva to write a work for the University of NSW Ensemble (now known as the Australia Ensemble) as part of a pilot project for schools. This project was very successfully conducted throughout 57 schools in the Sydney metropolitan area during 1982, and has subsequently expanded to the present day. By 1984, it had become a major music education development program.

Later in 1982, he was commissioned by the South-West Metropolitan Schools Instrumental Cluster Programme to write a piece for children, Rage for Young Orchestra. Robert Douglas was a participant at the 1982 National Composer/Performer Workshop held at Gleniffer Brae. In 1983 he completed Azimuth for solo clarinet. In June of 1982 he participated as a member of the audiovisual performance group watt in performances at the Downstairs Theatre of the Seymour Centre, Sydney.

In August of 1983 he assisted in the DIGICON satellite link-up, in which three performers on Fairlight Computer Musical Instruments - one each in Sydney, Tokyo and Vancouver - formed an ensemble via a satellite link over the Pacific Ocean.

Together with Martin Wesley-Smith, Phil Treloar and visiting US clarinettist F. Gerard Errante, Douglas performed as a synthesist for an outside broadcast project directed by Noel Cunnington of the Australian Film and Television School. He contributed to the group composition of music for the Australian Institute of Architects Presentation of Awards, assisted in the production of music for the Marionette Theatre's Rapunzel in Suburbia and was concert organiser for the newly formed Contemporary Music Society. In December, he assisted at the recording of the first Flederman disc featuring, among other works by prominent Australian composers, Douglas's Isoprisms.

In 1984, he completed an audiovisual work in collaboration with painter/photographer Hugo Farmer, premiering at the Sydney Opera House Recording Hall in May. He acted as Composer and Music Director for the Nimrod Theatre Company's 1984 production of Salonika and, in the same year, completed a string orchestra piece Moebius. In 1985, his electronic work Homage to Bessemer was included on a disc by 2MBS-FM.

In 1985 he took up a position as lecturer in 20th Century Harmony and Electronic Music at the NSW Conservatorium of Music, and, in 1986, taught composition at Newington School. He was a participant in the 1985 National Young Composers' School, held in Adelaide.

In 1987, Douglas won an International Study Grant to study in Holland for 12 months. He successfully completed the Sonology Course, including studies in Psychoacoustics, Digital Signal Processing and Algorithmic Composition, while studying composition with Konrad Boehmer and Frederick Rzewski. On his return to Australia, Robert Douglas commenced the Programming Technology Course at the Computer Power Training Institute.

With the May 2011 premiere of woodthrow, yet whispering caress for shakuhachi, cello and marimba, Douglas returns to composing after nearly two decades of severe mental illness.