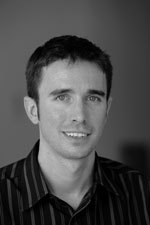 Born in Sydney in 1979, Glenn Dixon began playing piano after developing an avid interest in rock, classical and traditional music. During high school, he taught himself guitar, drums and bass whilst initiating an interest in composing songs and instrumental music with a strong melodic flavour. A virtuosic pianist, Dixon later formally studied piano and music theory with Ross Hamilton, completing his AMusA in 1999 and LMusA in 2002.

During 1998-2001, Dixon studied landscape architecture at the University of New South Wales where he wrote a thesis on the relationship between classical music and landscape architecture. Through analytical comparisons of composition and design, his thesis documents how musical composition and landscape design have historically followed the same path - a relationship that exists mainly due to the tendency of both fields to follow in the wake of art, architecture and literature. His article on the subject, 'Rhythm and Muse', was published in Landscape Australia in Feb 2006.

Dixon's music is largely inspired and influenced by the music of Bernstein, Gershwin, Poulenc and Vine. His most important work is Sonatina: a dynamic four-movement piano piece built around blues progressions, ostinatos and improvisatory phrasing. The energetic nature and technical demand of Dixon's compositions make them entertaining, challenging and intentionally suitable for educational performance, in particular secondary and tertiary recitals and eisteddfods.

Dixon writes, 'Classical technique is essential for performance of my works, but an understanding of the dynamics and attitudes of rock and jazz is, at times, of far greater importance.'

Biography provided by the composer — current to May 2009