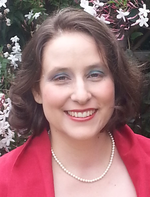 Dr Roxanne Della-Bosca (b. 1977) studied composition with Roger Smalley, Nigel Butterley and Martin Wesley-Smith, among others. She has taught composition at the University of Western Australia, Newcastle Conservatorium and Sydney Conservatorium. Born in Perth, she currently resides in Sydney and is an accredited member of the NSW Accompanists' Guild.

In 1998 Della-Bosca completed a Bachelor of Music with First Class Honours in composition at the University of Western Australia, topping her class and achieving the Ewen award for leadership, the Dorothy Ransom prize for composition (for the second time) and the J. Hodges prize for music literature (for the second time). The same year she was the youngest finalist in the inaugural ABC Young Composers' Award. The following year she was was a finalist in the Young Australian of the Year Awards (Arts Category).

Granted the Doris Burnett Scholarship for Composition in 2000, Della-Bosca commenced a Masters Degree in Composition at the Sydney Conservatorium of Music, from which she graduated in 2006. In 2001 Della-Bosca was given the Australian Performing Rights Association Professional Development Award for Young Composers (Classical Category), enabling her to take an international study trip encompassing Italy and the Dartington International Summer School in the UK (further funded by a Dartington Bursary).

In this early career period, Della-Bosca championed modern music as a performer through her duo work with the violist Ivan Vukcevic, and as a pianist premiered over 20 Australian works. She composed chamber, solo, vocal and theatre work, as well as a prolific orchestral output broadcast by the ABC.

Della-Bosca then took an extended break from composition to have five children. During her child-bearing years she completed a PhD through the University of Western Australia as a Hackett Scholar (only the second musician to ever achieve the Hackett Scholarship). Her thesis on patterns in the mental processes of musical composition was supervised by Prof. Jane Davidson. Dr Della-Bosca also obtained a Graduate Certificate in Public Administration from the University of Tasmania (2015). She is presently half-way through a law degree at the University of New South Wales with distinction.

In 2019, Dr Della-Bosca emerged from her compositional hiatus with a song cycle that gives voice to her keen interest in the field of public law in contemporary Australia. She is currently writing a violin sonata.