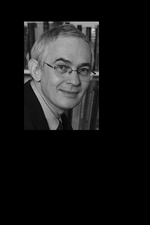 Born in the UK in 1942, Robert Cuckson emigrated to Australia in 1949. He studied piano at the NSW State Conservatorium of Music with Alexander Sverjensky and gained his Diploma (in piano) in 1960. Cuckson followed this with private studies in piano, composition and theory, in the UK and the USA, his teachers including Ilona Kabos and Carlo Zecchi (piano), Georg Tintner and Peter Racine Fricker (composition). In 1968 he returned to the formal study of music and worked towards a B.S. in composition at the Mannes College of Music in New York. He followed this with three degrees in composition from Yale University: M.M. (1971), M.M.A. (1974), and D.M.A. (1979). His composition studies were with Peter Pindar Stearns and Yehudi Wyner, and his theory studies with Carl Schachter and Allen Forte. A resident of the United States since 1974, Robert Cuckson took US citizenship in 1983.

Cuckson has held various positions at the Mannes College of Music since 1971. These have included administrative positions, such as that of Dean of the Faculties (1979-84) and Vice-President for Academic Affairs (1984-87); and teaching positions in the Techniques of Music Faculty (he became co-Chair in 1994 and has been Chair since 2009) and the Composition Faculty. Since 1991 he has also taught in the Musical Studies Department and the Keyboard Studies Program at the Curtis Institute of Music in Philadelphia. He also teaches composition at the Atlantic Music Festival in Waterville, Maine.

Robert Cuckson has completed three operas - The Blind Men, Adrian and Jusemina and A Night of Pity - based on plays by Michel de Ghelderode (translated and adapted by the composer), and has written numerous other works for a variety of media: orchestral pieces, chamber works, piano solos and songs. His music has been performed by such ensembles as the Brisbane Symphony Orchestra, the Janacek String Quartet, the Czech Philharmonic Wind Quintet, and the Yale Collegium Orchestra. As a pianist, he gave solo recitals in London, Amsterdam, Oslo, Stockholm, Berlin, San Francisco, Pittsburgh and Sydney, and appeared as soloist in concerto performances with the Sydney and Melbourne Symphony Orchestras. In 2009, he was composer in residence at the Marlboro Festival in Marlboro, Vermont, and in November, 2010 his song cycle for mezzo soprano and nine instruments on Yiddish texts by Binem Heller was performed on the Music from Marlboro Tour, including perfmances at the Smithsonian Institution in Washington D.C. and the Metropolitan Museum of Art in New York.