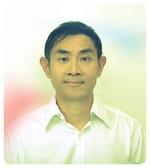 Lyle Chan's compositions are known for their combination of intellectual rigor and powerful emotional impact, even for audiences unaccustomed to classical music. He is best known for three works: his most notorious composition is Wind Farm Music, dedicated to Australia's unpopular then-Prime Minister Tony Abbott in protest against the government's anti-renewable energy stance. The work that first brought him widespread recognition was Rendezvous With Destiny for narrator and musicians - based on US political history - and performed by Bob Carr, a former Foreign Minister of Australia. His most personal and confronting work is his 90-minute String Quartet, a memoir of his years as an AIDS activist in the 1990s. It was hailed by American composer John Corigliano as "a serious and deeply felt work of art born out of a seemingly endless plague." He was awarded the 2017 Art Music Awards' Orchestral Work of the Year prize for his acclaimed 40-min orchestral song cycle called My Dear Benjamin, based on the wartime letters between a young Benjamin Britten and his first love, Wulff Scherchen. Chan wrote the work upon discovering - and meeting - the 95-year old Scherchen living in Australia, 80 years later. For the Debussy centenary of 2018, he was commissioned by the Australian National Academy of Music to compose the remaining 3 Sonatas of Debussy's unfinished final project.

Lyle Chan holds a Bachelor's degree from the University of Wisconsin, Madison, where he studied under Conrad Pope, J.Peter Burkholder and the Pro Arte String Quartet. He spent over a decade at ABC Classics, where as Artists, Repertoire and Marketing Manager he spearheaded the production of over 200 recordings, including every winner of the Best Classical category of the ARIA Awards between 1998 and 2008. His consultancy's clients have included the music publishers Schirmer, Chester and Novello. In addition to being a composer, he is also a fully-qualified neurolinguistic coach (Master Practitioner and Trainer) and passionately pursues personal growth for himself and others. His 'adventures' in personal growth frequently form the basis for his musical compositions. He is co-founder and co-artistic director of Extended Play, a unique festival that is a 'complete venue take-over' of Sydney's famed City Recital Hall for 12 hours of continous and overlapping performances of new music in its auditorium, function rooms and foyers.