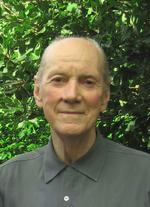 John Carmichael's ABC Classics CD Sea Changes (also the title of the Piano Quartet featured on the CD), illustrates well the position of a composer, now resident in Britain, but harking back to his roots and his fascination with the sea and its continually changing aspects - still surrounded by it now as he was during his formative years in Australia. Study at the Paris Conservatoire, and privately with Arthur Benjamin, were stages on the way to a style favouring melodic interest and finely wrought structures. Wind instruments, clarinet, saxophone, flute and trumpet continue to attract his interest, with publication in the USA by the Southern Music Company of Aria & Finale for soprano saxophone and the Fantasy Sonata for Flute. Fetes Champetres for clarinet, Phoenix - Concerto for flute (premiered and recorded by James Galway) the Concierto Folklorico for piano and string orchestra and works for solo piano and piano duet are regularly broadcast on ABC Classic FM, the BBC and continental stations.

His Trumpet Concerto has been recorded by John Wallace and the BBC Scottish Symphony Orchestra, and Fetes Champetres, by Ian Scott and the Royal Ballet Sinfonia under Barry Wordsworth. Kyle Horch, leading American saxophonist and professor at the Royal College of Music, London, featured Carmichael in a Purcell Room recital, giving, among other of his works for Saxophone, the premiere of his Latin American Suite for alto sax and piano.

In 2011 John Carmichael's Piano Concerto No. 2 was premiered in Melbourne by Australian pianist Antony Gray with the Chamber Strings of Melbourne conducted by Stefan Cassomenos, and later broadcast on the 3MBS network.

In 2012 John was awarded the OAM 'for services to the Arts as composer and concert pianist'.