Andrew Byrne's music always betrays a fascination with polyrhythm and is influenced by American experimental music and non-Western traditions. 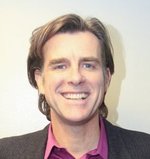 Andrew Byrne is composer for film, art installations, contemporary dance, and the concert hall. His work has been described as 'beautifully constructed, tautly focused music' (Fanfare magazine), 'a delirious swoon: somehow lush and minimal, soothing and ominous' (Studio 360, WNYC Radio) and 'Imagine Ligeti's Etudes having had a little too much to drink with Conlon Nancarrow as the designated driver' (Gramophone).

Andrew's music has been performed in the US, Asia, and Europe as well as his native Australia. Recent performances include 3Body at the Vail Dance Festival, Colorado, with choreographers Rashaun Mitchell + Silas Riener; world premiere of The Othersiders, a Potter Foundation commission) by Astra Music; a portrait concert in Melbourne, broadcast nationally on ABC radio (Whispers and Cries and Creeping Shadows); Toward a Monument to the Great Strike, Carriageworks Museum, Sydney; as well as performances at New York venues such as Bargemusic (Tracks), the Kitchen (Striking), the Stone (Book of Actions), Le Poisson Rouge (White Bone Country); in Treviso, Italy (Bach in the Barrio); in Edinburgh, Treviso, Padua, and Trieste (Ascension).

White Bone Country, a recording of Byrne's music for piano and percussion, was released by New World Records in New York in 2009 to widespread critical praise.