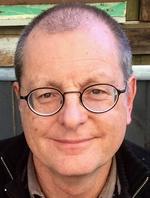 Michael Barkl studied composition and double bass at the Sydney Conservatorium. He subsequently studied at New England, Sydney, Deakin and Wollongong universities, graduating with doctorates in musicology and electronic music.

As a performer, Michael played the Sydney rock venues from the Stage Door Tavern to the Bondi Lifesaver in the late 1970s before becoming a freelance double bass and guitar player, including working with such diverse jazz artists as George Golla, Roger Frampton, and Mickey "T-Bone" Tucker. In the 1990s he performed Sri Lankan music on sitar for various Sri Lankan national celebrations in Canberra and toured with a popular Sri Lankan group. Michael was a member of the double bass section of the Wollongong Symphony Orchestra from 2004 to 2011 and performed with Steel City Strings from 2014 to 2017.

Michael's compositions include cabaret music and musicals as well as concert music for orchestra, chamber ensemble, solo instruments and computer generated electronic music. His work was awarded 'Segnalata' in the International Valentino Bucchi Composition Prize in Italy and was chosen to represent Australia to the International Society for Contemporary Music World Music Days in Toronto and Montreal. Subsequently, his commissioned chamber works have been performed in Australia by ensembles such as Synergy, Elision, The Seymour Group and by Pierre Boulez's Ensemble InterContemporain in Paris. Orchestral works have been performed by the Adelaide, Tasmanian and Western Australian Symphony orchestras; solo piano works have been performed by Sally Mays and Michael Kieran Harvey. Electronic music has been broadcast in Europe and the USA.

As a musicologist Michael has published analyses in Australian journals and contributed articles to the Oxford Companion to Australian Music, the Oxford Dictionary of National Biography, and the New Grove Dictionary of Music and Musicians. He has also published eleven books on subjects related to composition, analysis and jazz.

As an educator Michael was a pioneer of contemporary music education in the Vocational Education and Training (VET) sector and was head of the music department at TAFE Illawarra from 1987 to 2018. He has served on the boards of management of regional conservatoriums and since 1997 he has been Adviser, then Chief Examiner, for the AMEB's Contemporary Popular Music syllabus. Since 2001 he has regularly served on the judging panels for the AMC/APRA Art Music Awards.

In the 2018 Queen's Birthday Honours List Michael was awarded the Medal of the Order of Australia (OAM) for service to the performing arts and music education.